Pubs and Bars is in Menorca

The nightlife is more family-oriented than that of noisy Mallorca and hedonistic Ibiza though there are still places to enjoy a beer and dance the night away. The towns of Mahon and Ciutadella have the best options, with the main beach resorts having the most beach bars and entertainment. There are also traditional Spanish spots located slightly away from the main tourist areas, which remain open all day and have cheaper eating and drinking than the places right by the hotels.

The harbor and town of Mahon have the largest number of bars and pubs. Akelarre Jazz Club (Moll de Ponent 41-42, Mahon Harbor) is noted for its live music and cocktails, and can be found near the ferry terminal, while La Mar (Moll de Llevant, Mahon Harbor) is also swanky. For salsa, one of the best nightclubs in Menorca is Zouck and Assukar (Francesc Borja Moll, 1, Mahon), which is also good for pool and catching the latest game on TV. Dancing gets going late and carries on until about 6:00 a.m. (Tuesday to Saturday). There is also a casino at Port Mahon.

Ciutadella has many nightclubs and live music venues, but if you are more interested in relaxing with a beer in a laid back atmosphere, try the Si Vens Café (Avenida Constitucio 22, Ciutadella), which resides in an old Menorcan windmill near Plaça Alfons III. The coolest gig in town is the cliff-side Cova en Xoroi (Ctra Nova 75, Cala en Porter), which is perfect for sundowners, while Son Bou Beach has the Mai-Tai Cocktail Bar (Centro Comercial, Son Bou), a buzzing music spot with tasty cocktails.

Many places in Menorca are open all day at the beaches and around the harbors in Mahon and Ciutadella, although nightclubs don’t tend to open until around 11:00 p.m. and close at sunrise.

Located in a corner of Arenal de'n Castell beach, White's Bar offers its guests a familiar and familiar atmosphere in an incomparable setting, with beautiful views and with the tranquility and intimacy of a beach that almost seems private. Know the best Mediterranean cuisine in one of the most charming places on the island.
Read More 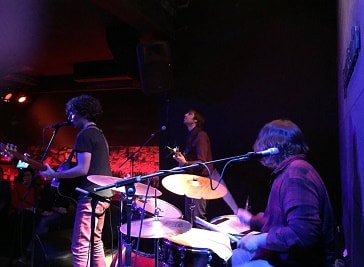 Located in Pla de Sant Joan, in the busy port of Ciutadella, the Jazzbah has more than fifteen years programming sessions with the best DJs of the moment, known theme parties as Flower Power or concerts with the most interesting groups of the independent scene. In addition, it has a terrace chill out and lounge-privée where you will find the most select and relaxed atmosphere.
Read More